Shock is a life threatening condition in which the organs and tissues of the body are not receiving an adequate flow of blood. This deprives vital organs of oxygen, which is carried in the blood, and allows the buildup of waste products. Shock can result in serious damage or even death. Symptoms include rapid breathing, white gums, collapse, and unconsciousness. 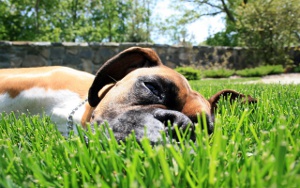 Probably the most critical step in cases of shock is diagnosing it. In other words, if an animal is going into shock, its best chance at coming out of the situation well depends on the human’s ability to know what shock is and to recognize the onset.

Shock can occur when an animal gets severely dehydrated, when the heart stops working properly, when a lot of blood has been lost, and when the body is consumed by an overwhelming infection. These things can be caused by disease, trauma, or carelessness on the owner’s part, for instance if the pet is left in a hot car.

The goal of first-aid is to provide life-saving care until you can get your pet to a doctor. In the case of shock, this means treating the condition causing the lack of blood flow. See Heat Stroke, CPR, or Bleeding for appropriate first-aid techniques, and get your pet to a veterinarian as soon as possible.

Homeopathic treatments for shock include Arnica 30c  for trauma, Aconitum 30c  for unconscious animals, and Carbo vegetabilis 30c  for pets who appear cold and blue with little sign of life. If, in the latter case, the animal comes to, follow with Arnica. Of course, your first priority is to get your pet to a veterinarian. Don’t rely on these methods to save its life.